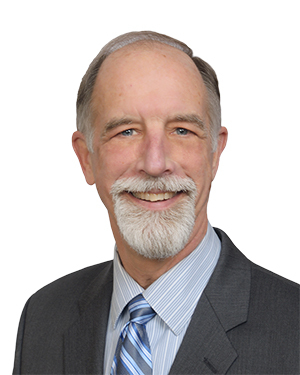 Keene H. Little is a full-time trader, technical analyst certified market technician (CMT). He is a U.S. Merchant Marine Academy graduate and flew missions off of aircraft carriers for the U.S. Navy following the Vietnam war. Following his active duty service he worked in the semiconductor industry for decades while serving in the Navy Reserves, retiring with the rank of Commander. He is married to his high school sweetheart, Barbara and has three grown kids. Keene lives in Washington State.

My time in the Navy was the most exciting time of my life. I flew the most awesome aircraft in the most challenging environments. I never considered flying on and off carriers (a postage-stamp-sized runway in the middle of the ocean) especially risky.

And I was surrounded by guys who did the same thing so it all seemed quite normal. The only aircraft I thought was dangerous was the helicopter because it had no ejection seat.

In the 70s and 80s, I had the world by the tail. I had the best job in the world and I had a terrific wife and together we were starting the family I’d always wanted (three beautiful kids before I was 30).

Ultimately being a good and present father was my most important life goal. I decided to leave active duty after 7 years, finish my 20 years with the Navy Reserves, and get a “real” job.

In the corporate world I found interesting (though not particularly thrilling) technical jobs. Through it all, I continued to look for alternative ways to become more independent.

In the early 1990s I was offered an opportunity to become second in command as vice president of operations for a struggling private semiconductor company. The president and I disagreed on some fundamental issues regarding running the now-successful business. I ended up leaving that company but kept the options.

They had no inherent value then but I still hoped they would one day. In 2000, the company went public. After cashing in my stock options I left a big chunk in my former company’s stock (their fundamentals were good), traded a little, and tithed ten percent to charity in gratitude.

I may be a risk taker, but I’m not a fool so I also attended several multi-day trading courses to help prepare me for a new full-time job as a trader.

In the 1990s and into the year 2000 the dot coms had been running high, IPOs were happening at a record pace, and even monkeys throwing darts at stock names made money. The stock market was simply the place to be if you wanted to make money.

Everyone believed this huge ramp up was sustainable because “it was different this time.” I’ve learned since then to run when I hear anyone proclaim that.

When the stock in my former company plummeted, I lost almost everything I had. I was devastated. I hadn’t realized that fear mattered more than the fundamentals when a market panic sets in. In a panic, the baby is thrown out with the bath water.

I had to decide whether to tuck tail and run back to corporate life, or work to figure out how to keep my dream of independence.

Barbara told me that she believed in me and would support whatever I chose. But she wisely said I could no longer rely on what others told me. She reminded me that unlike when I flew in the Navy, this mistake only cost money not my life. So get on with life, she said. My pity party was short-lived.

She suggested that my love of math would be the key to my understanding what happened. Technical analysis and charting was my beacon in the storm. I immersed myself in it. I earned my Certified Market Technician (CMT) certification after three years of rigorous study.

I learned to trust my charts in the way I trusted my instruments in the cockpit. Instruments don’t lie and neither do the charts. With them I could see the strength in the moves and know when to watch for reversals.

The crash of 2008-9 was the catalyst for my journey into alternatives. And interestingly, it was the impetus behind the creation of Bitcoin and the blockchain technology behind it.

I wasn’t ready to risk my money yet but I was very curious so I began charting Bitcoin’s technical patterns.

What finally convinced me to dip a toe into digital currencies was seeing that they followed familiar price patterns that could be analyzed and successfully acted on.

It’s been a wild ride and I know we’re still on the ground floor of this opportunity. The masses have still not bought into this and Wall Street is playing catch-up.

Crypto currencies still have a long way to go to be considered a “safe” investment. But since the stock market is an inherently unsafe environment too, risk management is always a critical part of any investment strategy, alternative or traditional.

Remember that the truly wise person learns not only from his own mistakes, but also from the mistakes of others.

For the last few years I’ve watched the mistakes that others have made in cryptocurrencies. I can’t guarantee that you or I won’t make new mistakes of our own.

But I will do everything I can to give you as much information as possible.

With that and your own due diligence you have the potential to build great wealth with cryptocurrencies. It will be a wild ride, but a fun and profitable one as well.

Few people really “get it” about Bitcoin. How it works. What it does. I’ve been buying steadily since late 2017 and now I write Crypto Wealth Protocol so you can learn, too. What’s going on now? Plenty, and it’s exciting if you understand what moves cryptocurrencies higher. (And I do!)
Teach Me Crypto Investing Now!