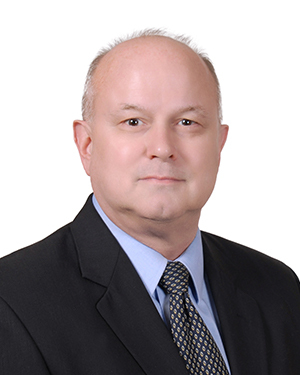 David Frazier has an extensive background in the financial services industry and has invested in the financial markets for more than 30 years. In addition to working as a business analyst, merchant banking analyst and equity research analyst, David has worked in sales and marketing at institutional investment firms, including William O’Neil & Co. (the publisher of Investor’s Business Daily), TDAmeritrade and Merrill Lynch Wealth Management. He’s also operated his own investment consulting firm, where he provided research and analytical services to Dan Sullivan’s The Chartist, Leeb Capital Group, Meeder Investment Management and The Flex-funds family of mutual funds. David holds a Bachelor of Science degree from Virginia Commonwealth University with a major in finance and a minor in economics, and he’s taken numerous post-graduate courses in finance and accounting at Harvard University and the University of California at Los Angeles. David lives in Jupiter, Fla. with his wonderful wife Yumiko and daughter Christina

Coming from modest financial roots but willing to take risks, I began investing, speculating, and trading in the stock market during the early 1980s in an effort to help pay for my college tuition and living expenses.

Fortunately, I got started at a very favorable time, during September 1982. The S&P 500 Index bottomed during August of that year and then rose by 287% over the next five years.

In an effort to learn about how to select winning stock market investments, I studied finance, accounting, economics and statistics, earning a degree in finance, with a minor in both economics and accounting.

And, I read numerous stock market books, including the following:

Yet not until early 1994 did I learn how to make big returns in stocks, after I joined William O’Neil + Co. and worked directly under the company’s founder, Bill O’Neil, who made a fortune investing and speculating in the markets over the prior 35 years.

I’ll never forget my first big stock market winner, USRobotics, which tripled in price in less than three years after I bought the stock during late 1994.

In case you’re not familiar with USRobotics, the company was one of the early manufacturers of low-cost, high-speed analog modems — small electronic devices that enable anyone with a personal computer and a telephone line to access and browse the Internet.

Although the Internet was created in 1969, until the early 1990s only university scientists and the U.S. military used the nascent system of interconnected computers. Once British computer scientist Tim Berners-Lee created the World Wide Web in 1989 and the first web browser in 1990, an increasing number of people from all walks of life began to use the Internet, starting the early 1990s.

In April 1993 Berners-Lee released his source code to the public for the browser that he created. Traffic on the Internet exploded. The number of interconnected Web computers, or web servers, increased to more than 10,000 in 1994 from just 500 in early 1993.

Recognizing the rapidly growing popularity of the Internet during that period, I realized that anyone who wanted to access the Web via a home computer would need to purchase a modem. So, I visited several computer stores in late 1994 and asked salespersons at those stores the following question: “Which modem do you recommend, and which modem is your biggest seller?”

Sales reps at each of those stores said, without hesitation, “USRobotics.” Not only did I purchase a USRobotics Sportster modem that day at a Fry’s Electronics store in Manhattan Beach, Calif., the next day I bought 100 shares of the company’s stock. I was extremely happy with the results, as the stock rose to $105 by February 1997 from approximately $32 when I first purchased the shares.

More importantly, I learned a very rewarding investing lesson that I’ve applied numerous times over the past 23 years. The big stock market winners share one common attribute: Near the beginning of the ascent of their shares, the companies offer revolutionary products or services, are market leaders in their respective industries, or both.

Intuitive Surgical designs and manufactures a robotic surgery system that enables surgeons to perform minimally-invasive surgery by reproducing the doctor’s hand movements; Baidu.com is China’s version of Google; MercadoLibre is South America’s and the Spanish language version of eBay. Everyone is familiar with Netflix.

Unfortunately, I did not personally invest in all of the companies mentioned above. The investment firms at which I was employed during some of those periods did not allow analysts and certain other employees to invest in stocks that they recommended to clients.

Now that has changed, and I am free to use my years of extensive analysis and experience bring similarly big gains home to you.

Stocks of companies like the ones mentioned above usually begin their climb when they’re relative small, unknown companies, so they tend to be more volatile than their large-company brethren. However, they also tend to outperform large-company stocks by a considerable margin over the long term.

For example, from 1930 to the end of 2013, small-company stocks in the aggregate generated a 12.7% compounded average annualized return (CAAR). Large-company stocks generated only a 9.7% CAAR during that period.

That might not appear to be a big difference. However, a one-time investment of $10,000 into a small-company stock (or group of such stocks) that generates a 12.7 compounded average annual return would grow to $109,265 over a 20-year period.

With stocks around the globe pulling back from extended levels over the past two months, now appears to be an excellent time to invest in some small-company stocks that I’ve been monitoring closely. I look forward to serving you.

A smart investor should be prepared for anything. That’s why David Frazier created the Bulletproof Wealth Report. This comprehensive investment service is everything you need to survive and thrive in any market.
Bulletproof My Portfolio!